Now the family wants answers about what happened to Marlene — and there are many outstanding questions about how two women from the same family could die in the same cells.

“She was OK. She was OK that day. Eight hours later, she’s dead,” says Demoley Nateweyes, Marlene’s aunt and spokesperson for the family. “There’s anger at the RCMP because this is not the first time it’s happened in this community,”

Just three and a half hours later, she was found unresponsive in her cell. RCMP officers told her family early the next morning that Bear had died.

Nateweyes says the family is devastated.

“The other lady that passed was related to Marlene. That was her auntie, so this is double for that family.”

Adele Morin died at the exact same detachment in 2014. The 39-year-old was only there for four hours.

All of these recommendations did not prevent Marlene’s death.

“There was people, they came forward that were in the cells that heard her saying, ‘Help me, help me, I am in pain’,” adds Nateweyes.

According to an RCMP press release, an independent investigation has been called.

In accordance with the RCMP Act, Saskatchewan RCMP has requested the Moose Jaw Police Service conduct an independent external investigation into the circumstances surrounding the in-custody death.

“Two officers from the Moose Jaw independent investigations services arrived here at my brothers house to let them know they were doing an investigation into Marlene’s death,” says Nateweyes.

The same release says they’ve asked for a second investigator. 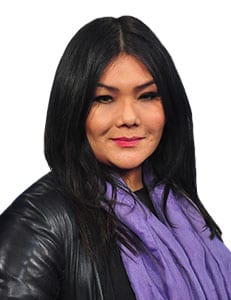