But with vaccinations on the rise and infections starting to drop a number of provinces are now loosening protective restrictions.

This includes Ontario where most masking restrictions will be lifted March 21 although some northern First Nations remain cautious.

Bearskin Lake First Nation, about 425 kms north of Sioux Lookout with a population of 461, was hit hard by the Omicron variant. It declared a state of emergency in early January when infections in the community reached more than 50 per cent.

Chief Lefty Kamenawatamin says things have improved drastically and his community has no infections.

Still, he says the First Nation is being careful.

“From a community standpoint, for us anyways, we think it’s too soon,” Kamenawatamin says. “Right now, we’re still trying to encourage people to be diligent with mask wearing.”

Dr. Lloyd Douglas with the Sioux Lookout First Nations Health Authority says there are 385 active COVID-19 cases in First Nations served by the Authority, and a majority of these remain in lockdown.

He says the pandemic is far from over in the north.

“The truth is that we have several communities that have not yet been hit by Omicron, and we are still concerned about communities with lower vaccine coverage rates.”

Further south in Ottawa, one of the main organizations that serves the Inuit community has been monitoring things closely and will keep restrictions in place for the time being.

“We are basing our decision on what works for us,” said Tungasuvvingat Inuit executive director Amanda Kilabuk. “I can’t necessarily comment on the province’s decision or how they came to that decision.

“I’m not privy to those discussions, but for TI we discussed as a management team that we will continue to mask until further notice.”

Ontario says it plans to move towards lifting all COVID-19 restrictions by the end of April. 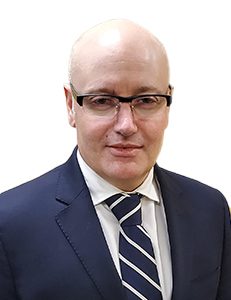