For most kids, Minecraft is a game they play to unwind after school, but thanks to a new program at the Louis Riel School Division (LRSD), kids can now play it during school hours.

The LRSD in Winnipeg is using the game Minecraft to teach students about Manitoba Anishinaabe culture.

It’s a first of its kind education tool using an educational version of the game.

The program was made thanks to a partnership between Microsoft Canada, Minecraft: Education Edition and LRSD.

Students enter the virtual world of Manito Ahbee Aki meaning “the place where the Creator sits” to learn and explore Manitoba’s Anishinaabe community.

“We hope Manito Ahbee Aki also helps in a small way move forward the truth and reconciliation calls to actions in classrooms here in Manitoba and in Canada,” said LRSD Superintendent Christian Michalik.

Students learn teachings about tobacco, navigating directions using the sun moon and stars, and eventually take a canoe ride to where they set up a community and take part in a bison hunt.

“It has been really fun for me, I’ve played Minecraft my whole life and it’s fun to test something new and something exciting that they can develop into the game. It was really interesting to learn about all their teachings and things I didn’t know before,” said Grade 6 student Colin Ciecko from Highbury School in Winnipeg.

“My favourite part is just being able to run around and be guided through what life was like for the Anishinaabe people.”

Creating the game took 14 months of development with stakeholders located in Canada, the United States and Australia.

The school sought the help of numerous knowledge keepers and Indigenous Elders in the development of the game.

Anishinaabe Elder and grandmother Chickadee Richard says the game is a chance to show everyone what Anishinaabe culture is about.

“We have a different understanding amongst each other and our relationship to the land and all of the environments that surround us. We’re an oral people so our history comes from our ancestors but it also come from the land and the ceremonies and I feel it’s important to let everyone know that we’re still here, we’re still intact, we’re still practicing our ways, our ancient ways,” Richard said.

“Launching the Manito Ahbee Aki world in Minecraft means that students and educators across Canada and the world will have access to an important resource that showcases a core component of Canada’s heritage, the Anishinaabe nation,” said Kevin Peesker, president of Microsoft Canada.

The Anishinaabe digital world includes flora, fauna and locations from Manitoba that were specially created for this world and did not exist in any other Minecraft property. The non-player characters (NPC) in the game are also unique and are modelled after Grandmother Chickadee, two LRSD staff and three Anishinaabe Knowledge Keepers from Manitoba.

Michalik says the school division hopes to have five other worlds for each Indigenous peoples in Manitoba.

“In the very near future, we plan to build five additional Minecraft worlds that will bring to life the four remaining first nations that our land acknowledgement reminds us call Manitoba home long before Europeans arrived. And the metis nation that blossomed out of the coming together of first nation peoples and Europeans.”

The world of Manito Ahbee Aki will officially launch on Feb. 15. 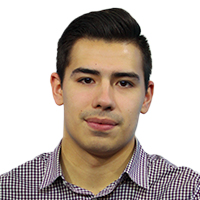