On Sept. 17, dozens of people gathered at the riverfront for a public ceremony for the Finding Peace Monument, a commemoration project for the victims and families of MMIWG2S+ in the Yukon and northern B.C.

“Today we gather to support one another. It is a day duly recognized, a painful truth in our community,” said emcee Christine Genier.

The monument depicts an Indigenous woman beating a drum. It will serve as place for families and the public to reflect on MMIWG2S+ and pay their respects to the murdered and missing.

There were several speeches at the ceremony, including one from Kwanlin Dün Chief Doris Bill.

Bill spoke of how oftentimes monuments depict white settler men. She said she was “heartened to see this changing, to no longer stay out of sight and out of mind.”

She also proposed a call of action to politicians and government officials in the crowd to support more reconciliation efforts.

“I want you to support initiatives like this. I want to see statues like this across Canada, not just the Yukon. I think it’s time,” she said.

The artist behind the monument, Halain De Repentigny, was also asked to make an impromptu speech.

He emphasized how the statue would not be possible without the families and community involvement.

“I’d say I didn’t make the statue, we made the statue, and I hope that when people look at it that it touches their heart and gives them peace,” he said. 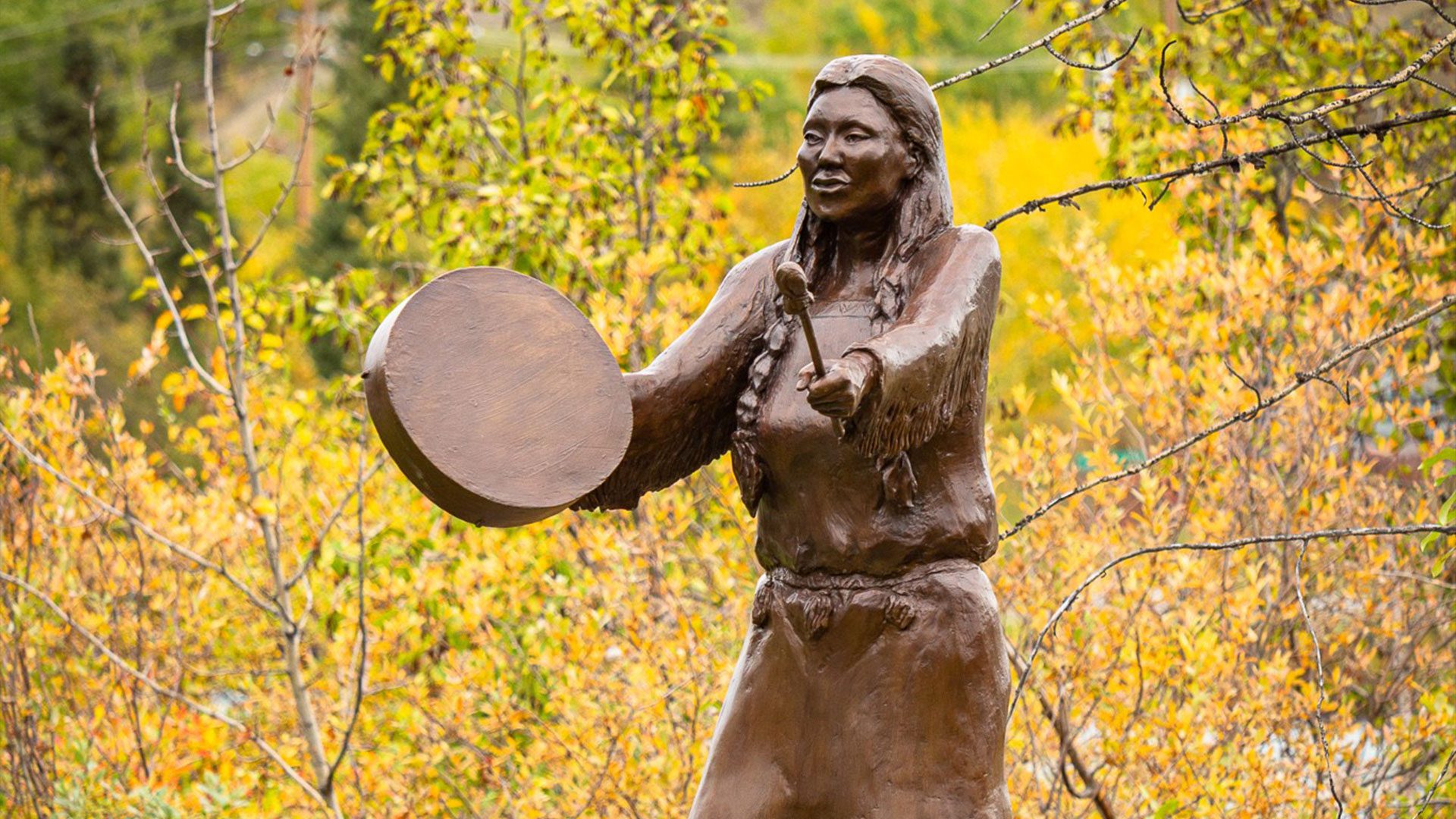 De Repentigny also noted his wife, daughter and granddaughter are First Nations, “and when I look at the statue it will remind me how lucky I am.”

Adeline Webber is a representative for the Whitehorse Aboriginal Women’s Circle and worked on the monument’s planning committee.

She said De Repentigny worked closely with families to create a design that represented all First Nations in the Yukon and northern B.C.

“What was of most interest to the families was the one of a woman, an Indigenous woman,” she said.

During a private unveiling ceremony for families the day before, Webber said they were “very pleased and happy” upon seeing the statue.

“When it was unveiled it was really a moment of silence, actually. Silence and then applause. They were happy because they as well hadn’t seen the final product or picture of anything.”

Webber said she hopes the monument will raise awareness about MMIWG2S+.

“It’s an opportunity for the general public to become aware of the history and to begin to ask questions when they see a monument like this like ‘why is it here?’” she said.

Jeanie McLean, the minister responsible for the Women and Gender Equity Directorate, says the monument is action 1.2 in the territory’s MMIWG2S+ strategy that was released in December 2020.

“The monument is really symbolic because it’s that physical presence that we are digging into the strategy,” she said.

She said the statue is a symbol of reconciliation and the women and girls who are gone, but never forgotten.

“That’s what that symbolizes. We will never forget and we will work to prevent this from happening again in the future and to change the story.”