The AGA was held March 25-27, the same time that the Indigenous delegation headed to Rome. At the AGA, leaders went over the MMF’s latest accomplishments.

MMF President David Chartrand announced negotiations are beginning for Métis-specific health legislation, presented plans for the first Métis addictions and drug rehabilitation centre and said MMF membership applications have been pouring in from across the prairies since the MMF expanded its jurisdiction beyond Manitoban borders.

Breanne Lavallée-Heckert was met with a bristly reception at the AGA.

She led the Red River Echoes’ virtual governance workshop leading up to the AGA, which some MMF leaders felt misrepresented and was overly critical of the MMF.

Lavallée-Heckert, who is a McGill law graduate, said that the MMF had a hierarchical corporate structure, with power concentrated at the level of cabinet, and said that proposing resolutions could be a tedious process.

“Why the choice for corporate governance especially considering that Métis governance has historically favoured decentralized modes of leadership, so that means not vesting power into one single body that is responsible for making decisions but instead there’s wider input,” said Lavallée-Heckert during the workshop.

In the workshop, she also said that historically, Métis governance was based in the laws of the buffalo hunt, which had regularly rotating positions of leadership, and that Chartrand’s long tenure as MMF president seemed to contradict that practice.

She was followed by Chartrand.

APTN News contacted the MMF to talk about the relationship between its leader and the collective.

Housing minister and assembly chair Will Goodon tamped down the rhetoric.

“I think both sides need to take a deep breath, to be quite honest,” he said, adding that infighting distracts from real issues facing the Nation.

“In my opinion, the real battle is protecting the nation, protecting who we are, because there’s folks out there who are pretending to be us,” said Goodon.

He also said the workshop was misinformed when they said the MMF is governed by the Manitoba Business Act.

“That was another issue that was raised about the corporate structure of the MMF and that is not there anymore, we literally signed a self-government recognition agreement last summer, so there’s no corporate body anymore,” said Goodon.

He highlighted the relative inexperience of the group but admired their passion.

“These Red River Echoes young folks who are doing the work, they’ve got the fire in their belly. I’ve got the fire in my belly, and the president does too, and we all want the same thing, which is to have the Métis Nation move forward in a good way,” said Goodon.

Goodon hopes the MMF and Red River Echoes can come to an understanding and encourages the collective’s members to get involved with MMF locals.

Lavallée-Heckert indicated Red River Echoes is a group that offers Métis people an alternative platform to share their voice, not intending to act as an opposing entity to the MMF.

Lavallée-Heckert said she no longer feels that she will personally be able to work with the MMF.

But other collective members, many of whom are active in MMF locals, may be able to.

“That’s what I think our focus is on right now is our own healing and wellbeing, and then, and if the MMF and the MMF cabinet don’t likewise take their healing seriously, we’re not gonna engage,” said Lavallée-Heckert. 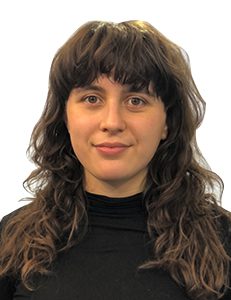