The Nunavut community of Pangnirtung is facing a double-barreled health challenge, for reasons that are all too familiar.

An outbreak of COVID-19 has combined with active tuberculosis cases to rock the community of 1,500 people, and the community’s ongoing housing crisis isn’t making it easy to control the spread.

“The overall effect is that a lot of people are required to be in isolation,” explained Pangnirtung Deputy Mayor Markus Wilcke. “That really has considerable impact on the working environment and also the schools.

“We’re managing reasonably well, central services are all being provided, water and sewer from the hamlet, and medical services. Also, the stores are still operating.”

The extent of the COVID spread is hard to determine, mostly due to recent changes in the Government of Nunavut’s reporting system. The territorial health department has severely reduced contact tracing and testing under pressure from the Omicron wave.

What is clear is that the numbers the health department is providing to the public don’t match what community officials are being told.

Last week, the department reported nine active COVID-19 cases in Pangnirtung. This week, the number has dropped to two. That isn’t what they told the mayor.

“We had it reported to us, last Monday, that there were 47 Covid cases active in the community, and I think 23 of those were symptomatic cases,” explained Mayor Eric Lawlor.

APTN News asked Nunavut’s health department for the most recent total of tuberculosis cases in Pangnirtung. They did not reply.

Nunavut doesn’t track TB or COVID-19 cases by the community.

Tuberculosis thrives in Nunavut, in part due to overcrowded and poorly ventilated housing.

The tuberculosis rate for Inuit in Canada is 300 times higher than the same rate in non-indigenous Canadians. Pangnirtung’s community council says they need at least 100 homes just to get caught up to current demand.

The Nunavut Housing Corporation says that territory-wide they would need 3,000 homes to meet current demand.

“Many of the homes have 10 or 12 people living there,” said Wilcke. “There are three or four people per bedroom. That speaks for itself and very well explains the acuity of our tuberculosis situation.”

The territorial government has also been pointing out that more housing is needed to solve a host of territorial problems, with Premier PJ Akeeagok frequently citing the shortage during press conferences about COVID-19. 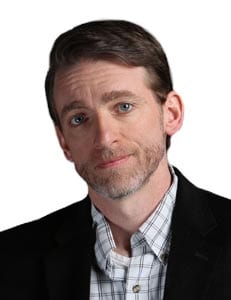