The Indian Residential Schools Crisis Line (1-800-721-0066) is available 24 hours a day for anyone experiencing pain or distress as a result of their residential school experience.

During their last in-person meeting with Pope Francis, First Nations, Inuit and Métis members of the delegation to Vatican City heard the words they were seeking, “I am sorry.”

In the hour-long meeting before the delegation returns home to cities and communities across Canada, Pope Francis, reading from prepared notes, reviewed what he had heard from each of the parties over several days in Rome including the effects of “intergenerational trauma.”

“All of this made me feel two things very strongly, indignation and shame,” said the Pope through a translator. “Indignation because It is not right to accept evil and worse, to grow accustomed to evil as it was an inevitable part of the historical process.

“No, without real indignation without historical memory and without a commitment to learning from past mistakes, problems remain unresolved and keep coming back. The memory of the past must never be sacrificed at the alter of alleged progress.”

“I also feel shame … sorrow and shame for the role that a number of Catholics, particularly those with educational responsibilities, have had in all these things that wounded you, and the abuses you suffered and the lack of respect shown for your identity, your culture and even your spiritual values.

“For the deplorable conduct of these members of the Catholic Church, I ask for God’s forgiveness and I want to say to you with all my heart, I am very sorry. And I join my brothers, the Canadian bishops, in asking your pardon.”

The Catholic church played a major role in operating the residential school system designed up by the federal government to take children away from their families and sever ties with their culture and language and assimilate them into mainstream society.

For years, Indigenous Peoples have called on various popes to apologize for the church’s role in the abuse and cultural genocide that took place for more than 100 years  and saw 150,000 children taken from their homes and communities.

“Dear friends, I have been enriched by your words and even more by your testimony,” Francis concluded. “You’ve brought here to Rome a living sense of your communities. I will be happy to benefit again by meeting you when I visit your native lands where your families live.

For some members of the delegation, the apology was a surprise.

“I think for many people here this morning, I think it was a little bit more than people expected. In my case, I didn’t think he would say, ‘I am sorry,’” said school survivor and former national chief of the Assembly of First Nations Phil Fontaine. “I didn’t think I’d hear him say how he felt shame and guilt for what the church did to our people and that he was prepared to come to Canada to meet with our people and visit our communities and speak directly to Indigenous people especially those that were hurt by the experience.”

While reaction to the Pope’s apology was joyous, the delegates said they realized this was just the beginning.

“Between now and his visit to Canada I hope Pope Francis will continue to reflect upon our words and our truths of our survivors and on the immense harm caused by individuals as well as the church itself so that when he does come to Canada the Pope can apologize once again directly to our survivors and to their families,” said Cassidy Caron, president of the Métis National Council. “And can do so from a place of deep understanding and acknowledgment and then follow those sincere words of apology with sincere acts of atonement which he has committed to.

“That is why today we from the Métis National Council gifted the pope not just our stories but also the gift of tangible action of practical steps the church can take to begin walking alongside the Métis Nation on our journey of truth, justice and healing.”

ITK President Natan Obed added, “We at ITK look forward to working with the Canadian council of bishops, and the Vatican to not only plan for this message, not only to be brought to Canada and to our people in our homelands, but also to see action that will really be the hallmark of this reconciliation journey with the church.”

Each of the leaders say they’ll be working with Canadian bishops on the details of planning the papal visit including which stops Francis will make along the way, and fulfil the requirements from the TRC.

“It’s a historical first step, however, only a first step. More news to be done to address the Truth and Reconciliation calls to action number 58,” said Gerald Antoine, regional chief of the Assembly of First Nations for the N.W.T.

It’s not clear when the visit will take place, but Francis said this morning that it won’t be in winter. 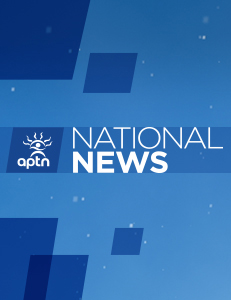 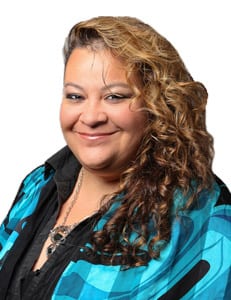