The Saik’uz and Stellat’en First Nations announced they’ll bring a “limited appeal” of a Jan. 7 ruling, asking the higher court to order the restoration of flows for the Nechako that would re-establish “the natural functions of the river.”

The ruling by the British Columbia Supreme Court last month rejected their bid for an injunction to restore the natural flows of the Nechako River.

The river in central B.C. has been diverted for 70 years to generate hydroelectricity for mining giant Rio Tinto’s aluminum division and the province’s power grid.

They say in a joint statement that flows should support the river’s fish populations, including sockeye salmon and endangered Nechako white sturgeon.

First Nations in B.C. fighting Rio Tinto to save Nechako River and fishery

Justice Nigel Kent found Rio Tinto Alcan has complied with the terms of its water license and contracts with the Crown, which approved the river’s diversion for the Kenney dam in the 1950s, and if the company abides by those agreements, it doesn’t have to change how it manages the river.

Kent’s ruling also said the dam has “caused or contributed to a substantial decline” in local sturgeon and salmon populations, and the B.C. and federal governments have an obligation to protect the First Nations’ right to fish.

He said his finding in the decade-long case “may trigger an obligation on the part of the Crown to reassess their conduct.”

The B.C. Ministry of Attorney General said in a statement it was unable to comment as the matter is before the courts, while the federal Justice Department did not immediately respond to a request for comment.

The statement from the Saik’uz and Stellat’en nations says they “remain ready to work with the federal and provincial governments to implement this important declaration by the court, while they pursue(the)appeal to hold Rio Tinto responsible for the company’s role in the harm to their fisheries.”

Kent also said in his ruling that non-governmental third parties, “whether corporate entities such as (Rio Tinto Alcan) or individuals are not ”immunized“ from potential liability claims founded on alleged breaches of Aboriginal interests.

Asked about the ruling at the time, a spokesperson for Rio Tinto said the company believes that governance of the river’s flows should be an “inclusive process.”

“Improving the health of the Nechako River is a goal we all share, and we are actively engaged with First Nations communities on this priority,” the statement said. 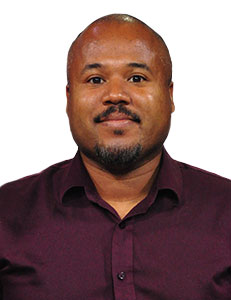