According to federal officials, the second wave of the COVID-19 pandemic are starting to subside, a good sign says Dr. Tom Wong.

“We are continuing to see positive signs that the curve is beginning to bend,” says Wong, the public health doctor at Indigenous Services. “The rate of active cases in First Nations communities in Canada has decreased by more than fifty per cent over the past three weeks.”

Wong says there is optimism that the second wave will continue to shrink.

Vaccinations are now underway in 340 communities across the country.

The worry now is that variants of the novel coronavirus will pose a new threat.

“Of course the next question, you know maybe ‘well we have heard that some of the vaccines may not actually work as well against the variants’ however there are current vaccines that actually have evidence that it is effective against the new variants,” Wong said.

“The higher the uptake of the vaccine, the more protection we can offer to communities in the coming months.”

With limited vaccines coming to Canada in February, Indigenous Services Minister Marc Miller said this could delay vaccinations for Indigenous Peoples in southern and urban areas.

“More proximate communities, that, while they display essentially the same type of vulnerability by virtue of the fact that they lie a little closer to an urban centre, don’t have that larger access to the vaccine,” said Miller. “That’s a function of the limited global undersupply, the limited supply in Q1 in Canada.”

Miller said as a result, Indigenous communities will have to double down on efforts to keep the virus at bay for the next few weeks. 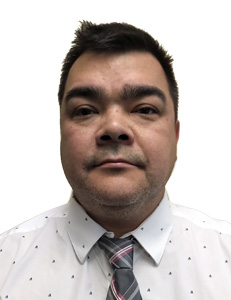