A major trial, the plight of a homeless camp and a First Nation with millions of dollars gone were some of the big stories in a busy year for Alberta central and north.

APTN National News video journalist Chris Stewart looks back at the year’s biggest moments beginning in January with the re-trial of Bradley Barton.

In 2015, a jury found him not guilty of first-degree murder in the death of Cindy Gladue. He was re-tried for manslaughter, and found guilty after a five-week trial. His motion for a mistrial was denied, and he was later sentenced to 12 and a half years in jail.

“The family is absolutely relieved to hear that there is a conviction. There are no words I can express. Everyone was crying tears of joy in the decision,” said Lisa Weber, lawyer and legal adviser to the family. “There is a recognition that right up to that very last minute that you just never know.”

In January, newly elected United States President Joe Biden officially cancelled the Keystone XL pipeline that would have shipped over 800,000 barrels of oil a day from Alberta to the U.S.

In April, the Alberta government announced a new curriculum for kindergarten to grade six.

The history of residential schools will only begin teaching at grade five. Many groups opposed the change, including then president of the Sixties Scoop Indigenous Society of Alberta, Adam North Peigan.

In April, Treaty 8 Grand Chief Arthur Noskey told APTN News the Assembly of First Nations (AFN) does not represent them in nation-to-nation negotiations, including Bill C-15, the United Nations Declaration on the Rights of Indigenous Peoples Act, which is now law.

“The AFN does not speak on behalf of Treaty 8. And I believe that they are not in tune or in touch with a lot of our grassroots people in understanding the sovereign relationship that we have,” said Noskey. “Because if they did, if they knew that these treaties are sovereign to sovereign agreements, why would they be there trying to speak on behalf of them?”

In May, Edmonton Oilers defenceman Ethan Bear was subjected to racial slurs after a bad play in the playoffs. A rally was held showing support for the young hockey player.  Bear was traded to the Carolina Hurricanes in the off season.

In August, dozens of homeless people camped out beside the Rock Soup Greenhouse and Food Bank in Wetaskiwin south of Edmonton after losing an indoor shelter funded by the city.

People were then sent behind a Walmart to live in tents, living there for months, with temperatures quickly falling.

One camp resident Carrie Lou has a plate in her arm from a fall.

“I didn’t realize that having a plate in your arm when it gets cold, it really hurts. I cried in my tent for two hours in agonizing pain. We need a warm building for the winter,” said Lou.

The Mustard Seed currently runs a 24-hour warming shelter. Up to two dozen people say they will stay at the camp, even with temperatures in the minus 30s.

In December, Frog Lake resident Doris Stanley and others told APTN they are concerned about where $120 million went between 2013 and 2018. Publicly available records show large losses in a trust fund and long-term investments.

An auditor who looked at the publicly available documents says the band should be doing better financially.

“The people of Frog Lake should be really well off,” said Dave Oswald, owner at Forensic Restitution. “They should be living in mansions in comparison to other bands.”

APTN spoke to Edmonton police Chief Dale Mcfee for a year-end interview. He was asked about the incident caught on camera showing an Edmonton police officer kicking a prone man in the back of the head in 2019. The officer was found guilty of assault and fined $2,000.

Will he remain on the force?

“That person is obviously suspended right now without pay. When we look at that, there is a process that has to take place. But when we make that decision, it’s not something that we take lightly,” said McFee. “Obviously when you make a decision like that, the intention is that they won’t be with us long term.” 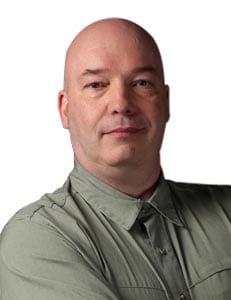