Deadlines are back and applications are being processed again for compensation for survivors of forced adoption known as the ‘60s Scoop.

“Certain people where there was something missing from their claim have been getting individual notices from the claims administrator and they’ve been asked to respond.”

The process was put on hold at the start of the COVID-19 pandemic.

Collectiva – the claims administrator – continued to review and approve applications, Lennox noted, but placed a hold on denying any.

“We were paying claims but we didn’t want to be denying any claims because we thought that was unfair.”

Now, more than a year into the pandemic, Lennox said Collectiva has “learned to work under these circumstances” and processing claims again.

“We are making progress. More people are getting paid,” he added. “And the people who are waiting – one way or the other – they’re getting answers.”

The settlement, which was approved in August 2018, has $750-million to disburse after the federal government agreed to compensate status Indians and Inuit survivors adopted by non-Indigenous families, who became Crown wards or were placed in permanent care homes between 1951 and 1991.

This forced adoption became known as the ‘60s Scoop. 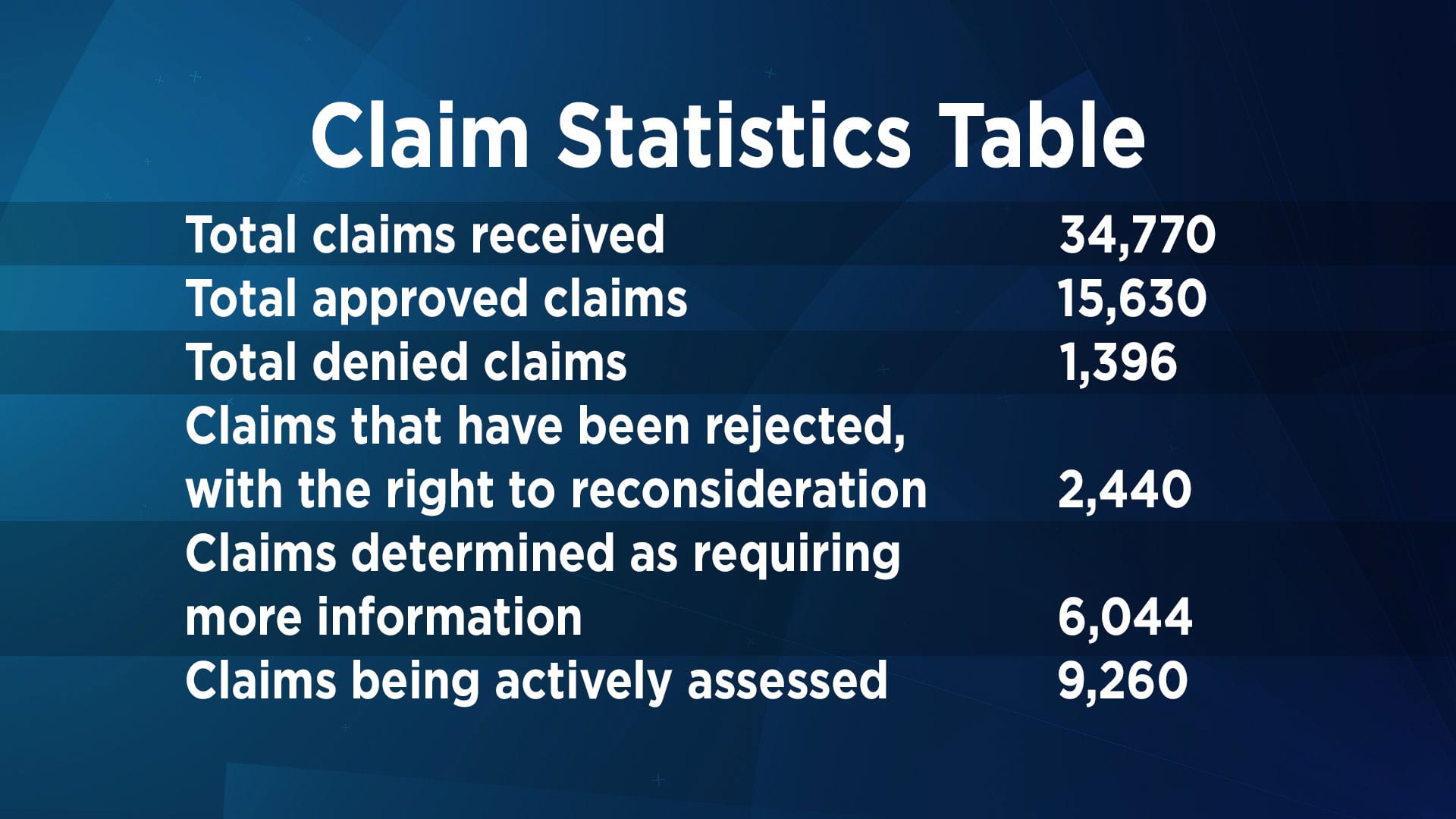 These are the latest statistics on the ’60s Scoop settlement website as of April 2021.

Lennox said Collectiva received 34,770 applications for  compensation before the deadline of Dec. 2, 2019.

Eligible survivors were to receive a minimum of $25,000 once all claims were approved.

Lennox acknowledged the process was taking longer than he and survivors would like.

“For people who got their interim cheque, they want to get their second and final cheque,” he said.

“We’re still not to the point where we can do that. We inch closer to it – there are now more than 15,000 claims that have been accepted and have received, at least, an interim payment.”

But Lennox said those offices are now operating online.

“It’s not perfect, which is why it’s still taking longer than it should have, but everybody’s found ways to work.”

Lennox said the amount of final payments won’t be known until more claims are approved.

“When we fall within that sweet spot of between 20,00 and 30,000 accepted claims, then the math becomes really easy to figure out what everybody gets,” he said.

He added receiving a rejection letter from Collectiva is not the final word.

“There are still things that can be done to appeal that decision,” he said, noting there are lawyers associated with the settlement across Canada to provide advice at no charge.

“I worry people may get easily discouraged and I encourage them not to,” Lennox said.

“The settlement is meant to be pretty comprehensive, in terms of adoptions and permanent wards.”

In the meantime, Lennox encouraged survivors to visit the updated website for accurate information.

“We see what people post on social media and …rumours get started and blown out of proportion,” he said.

If you are experiencing emotional distress and would like to receive free counselling and crisis intervention services please contact the Hope for Wellness Help Line at 1-855-242-3310 or online at www.hopeforwellness.ca.