The three ministers responsible for Crown-Indigenous Relations, Northern Affairs and Indigenous Services say they’re “deeply disturbed” following an APTN News story on racism in their departments — pledging “to conduct a thorough review to address the matter.”

Letitia Wells, who was one of only two people willing to use their real name for that story, offered a few places they could start.

“You need to admit your racism. You need to admit that you’re measuring yourself on racism here — and you’re failing at it because you don’t understand what you’re doing. You need to bring authentic Indigenous people in to lead that department,” she said in an interview with Nation to Nation host Todd Lamirande.

Wells is a former bureaucrat turned academic and now advocate. She also spent many years in the private sector.

She told APTN News reporter Brett Forester that her workplace was “so poisonous” some employees contemplated suicide.

Wells said the reaction has been “unbelievable” since she spoke up.

“It’s always scary to start forwarding something like this especially when there’s health issues with your mentality regarding suicidal thoughts. Nobody wants to step outside of that boundary because of the fear of what Western society will deem you as,” she said.

“People are stepping out across Canada to reach out to me and thank me for stepping out, because, as the elder said, they’re killing our spirits. The only thing they haven’t done is physically kill us.”

Forester also explained on N2N he’s had more Indigenous people come forward with similar tales of anguish and despair they experienced as a result of working for the feds since the story came out earlier this week.

‘Death by a thousand cuts’: The struggle to get racism under control at Indigenous Services and Crown-Indigenous Relations

Ministers Carolyn Bennett and Marc Miller declined a request to appear on the show.

Instead they sent a joint statement from themselves and Northern Affairs Minister Dan Vandal.

“Action will be taken to ensure Indigenous employees are treated with the dignity and respect they deserve,” said the statement. “We recognize that we must achieve the highest standards as we expect all Canadian institutions to eliminate racism and discrimination in all its forms.”

But, Wells stressed, this problem is rooted deep in centuries of colonialism. She said it won’t be an easy or quick fix.

“Western ways have removed emotion from their laws. That’s why it’s striking us down with a thousand cuts. They can’t feel it because they don’t see it,” said Wells.

“The people who say that this is not real have not lived the violence and the suffering that we have for over 400 years now. We’re still battling it today.”

Finally, N2N spoke with a Dene woman who turned to the popular social media platform TikTok to draw attention to the toxic legacy of Yellowknife’s Giant Mine as reported by the Toronto Star earlier this week.

Along with it were abandoned some 237,000 tonnes of arsenic trioxide waste along with other pollutants created over decades of operations.

Only a teaspoon would kill you.

Morgan Tsetta, a Yellowknives Dene First Nation member, said she believes the social media push helped keep the problem from being swept under the rug.

Catch her full interview, along with the others, below. 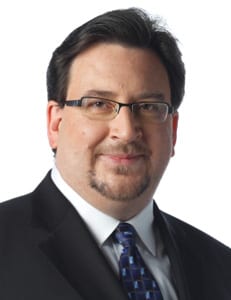 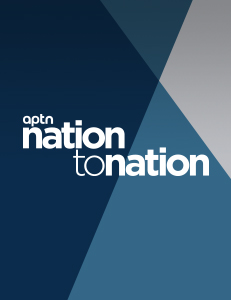